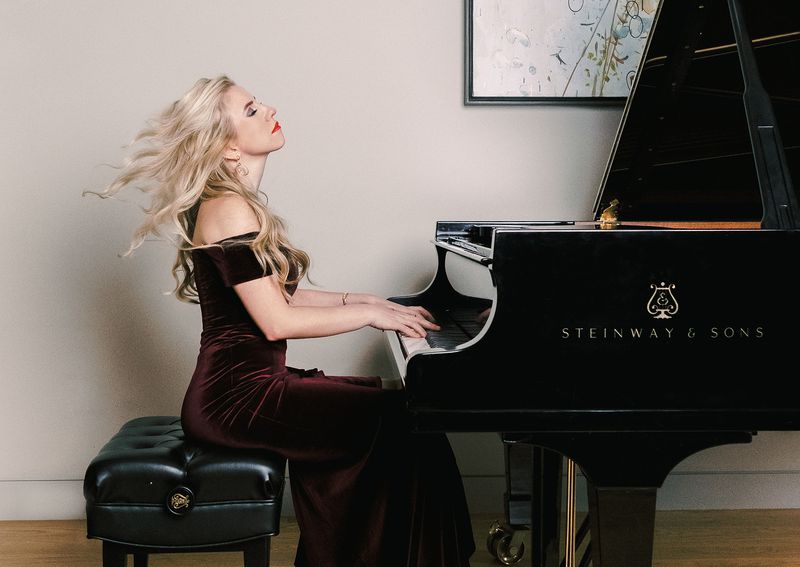 This concert showcases a delightful array of contrasting styles: from the “rhapsodic dance” and integration of African music into the classical tradition of The Bamboula, to the romanticism of Sibelius’ Symphony No. 5 and the breathtaking complexity of Rachmaninoff’s Piano Concerto No. 2, featuring pianist Natasha Paremski.

The concert will open with Samuel Coleridge-Taylor’s The Bamboula, a “rhapsodic dance for orchestra.” The son of a Creole man from Sierra Leone and a white English woman, Coleridge-Taylor explored his own Creole and African heritage and endeavored to create a romantic Nationalism rooted in Black music.

(…) Guest soloist Natasha Paremski will join the orchestra to perform Rachmaninoff’s Piano Concerto No. 2. No stranger to the Rachmaninoff repertoire, Paremski’s prowess was described by the Chicago Tribune as “by turns pensive and tempestuous, warmly songful and brazenly fast.” With her consistently striking and dynamic performances, Paremski wins over audiences with her musical sensibility and flawless technique.

Read more about the concert 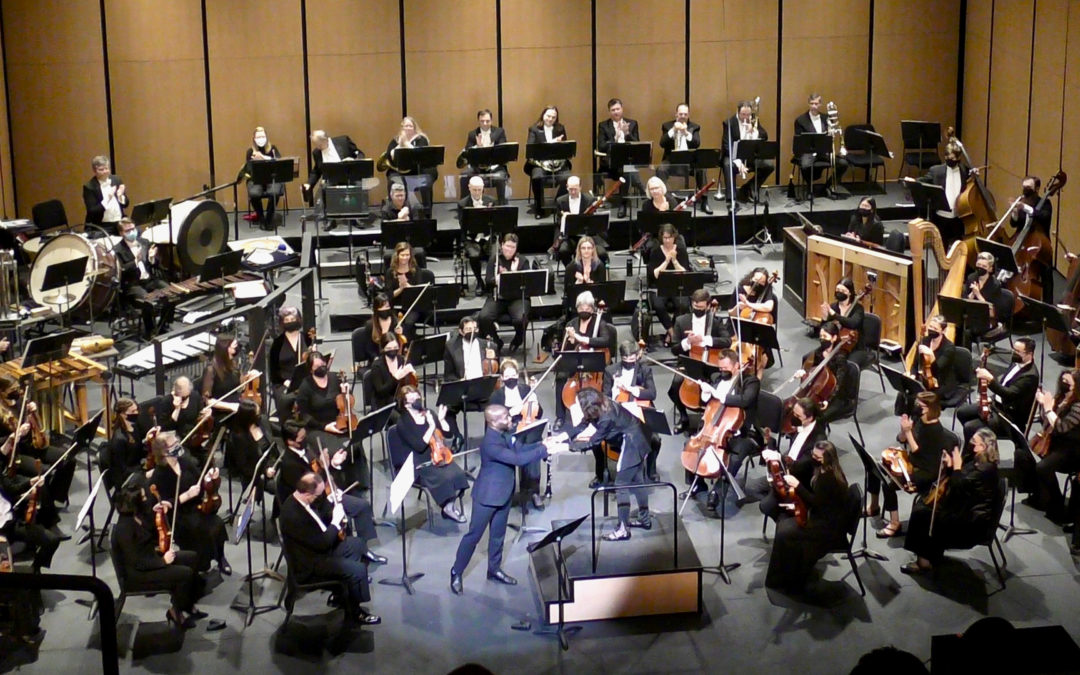 Review: A Prayer on the Mountaintop

A Prayer on the Mountaintop 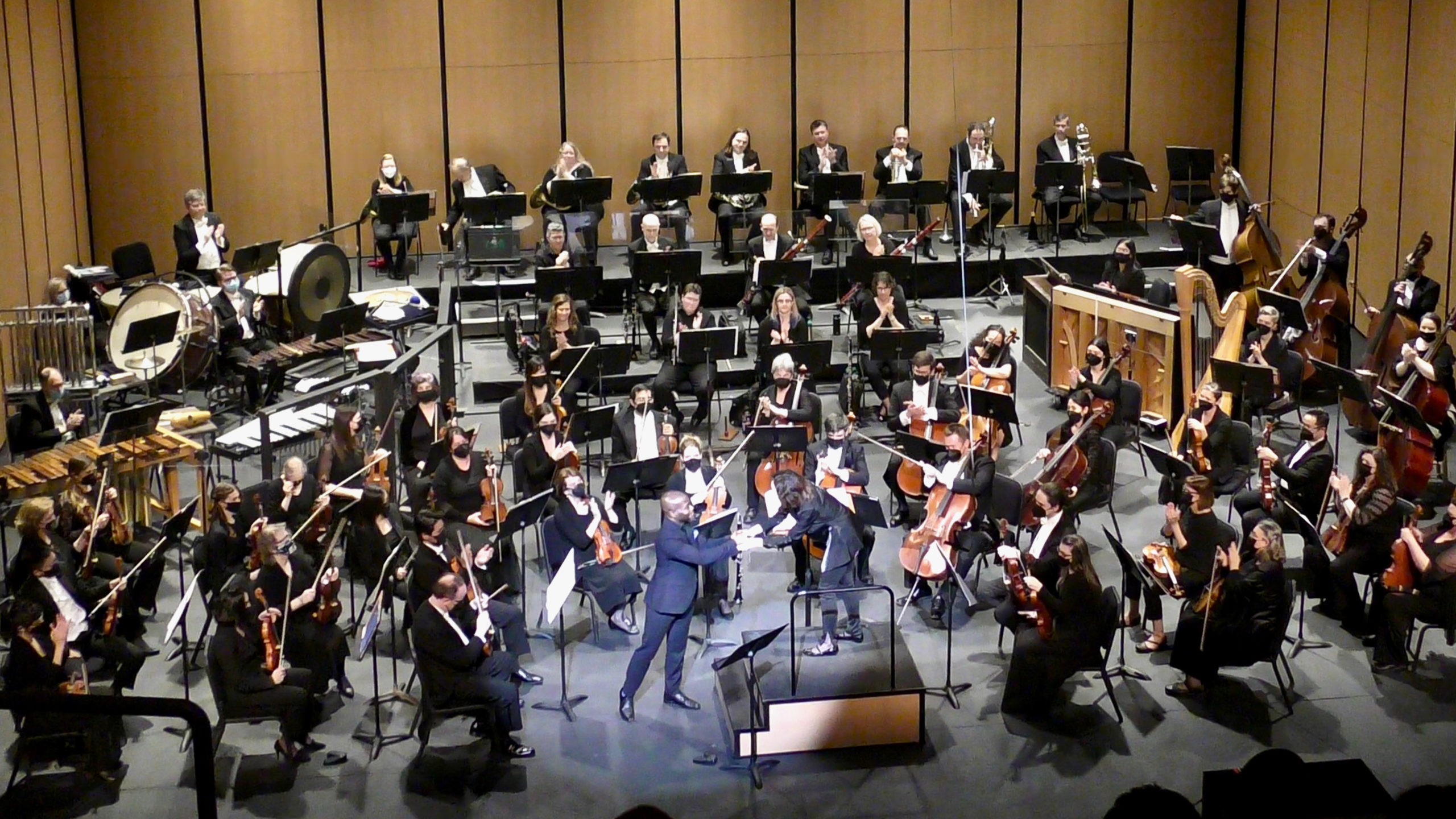 (…) But it was in the quiet stillness, the “mountaintop” from the final speech of Dr. Martin Luther King which inspired Danielpour’s composition, that McGill truly shone. With unbelievable breath and tone control, he climbed ever-longer phrases to a sublime pianissimo pinnacle, expressing both ultimate, transformative peace and the deep suffering that had led to it.

Where does an orchestra go after the mountaintop? Down to the river, of course – in this case, the Rhine. On paper, Schumann’s Symphony No. 3, the “Rhenish”, wouldn’t seem to be a likely piece to follow a passionate expression of the Civil Rights Movement. But in musical reality, it was perfect.

(…) The orchestra swept through the flowing waves of this river-inspired symphony. Fruity bass chords, light-hearted violins and a horn section clearly relishing every majestic note of their many solos – all shaped into meaningful structure and build under the baton of Sarah Ioannides. Like the sun after a storm, or the finale of Beethoven’s Ninth, it drew together the narratives of sorrow, stress and separation, reminding us all of what it is to be human together in the beauty of the world. 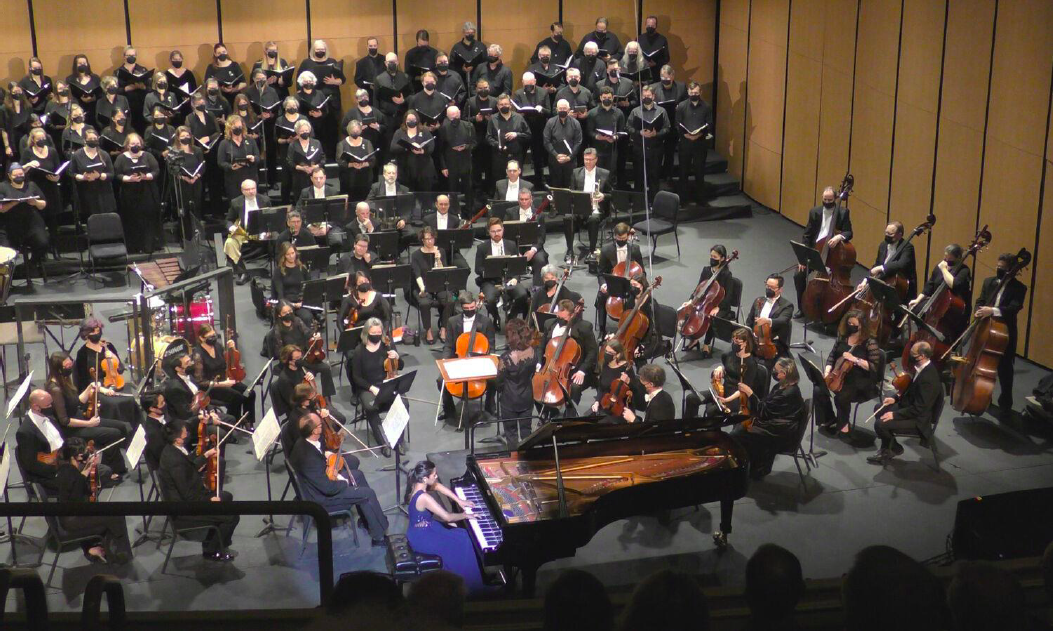 Bleeding Pines and a Nature-Filled Fantasia

Bleeding Pines and a Nature-Filled Fantasia

Symphony Tacoma’s Classics IV concert at the Pantages Theater Saturday night, was about nature: its shining beauty, and how we have the power to destroy it or save it. And the message’s composers, not coincidentally, were both called Ludwig.

The night began with Pallavi Mahidhara sailing her way through Ludwig van Beethoven’s Piano Concerto no. 4 like a stately galleon over a calm ocean. (…) Helming the orchestra, Sarah Ioannides, also known for superb control, echoed Mahidhara’s tone in each interjection.

World-premiered at this concert, “The Bleeding Pines” is a 10-minute story about what happens when humans nearly destroy a forest, and the power of one person to save it. It’s based on a poem by North Carolina poet Ray Owen, who tells how 90 million acres of an ancient longleaf pine forest was hacked and cut for sap to make turpentine, dwindling to just 3,000 acres before being saved in the early 1900s by conservationist Helen Boyd Dull. Symphony Tacoma Voices called out the forest’s story with passion, confidence and clarity. “The Bleeding Pines” is altogether a powerful, painterly piece, starkly conveying both the destruction and the hope of salvation that humans hold over nature, and themselves.

A final encore – Mahidhara accompanying Symphony Tacoma Voices in the sonorous harmonies of the Ukrainian national anthem, with everyone standing in honor – seemed to confirm that hope against the precariousness of our current world. 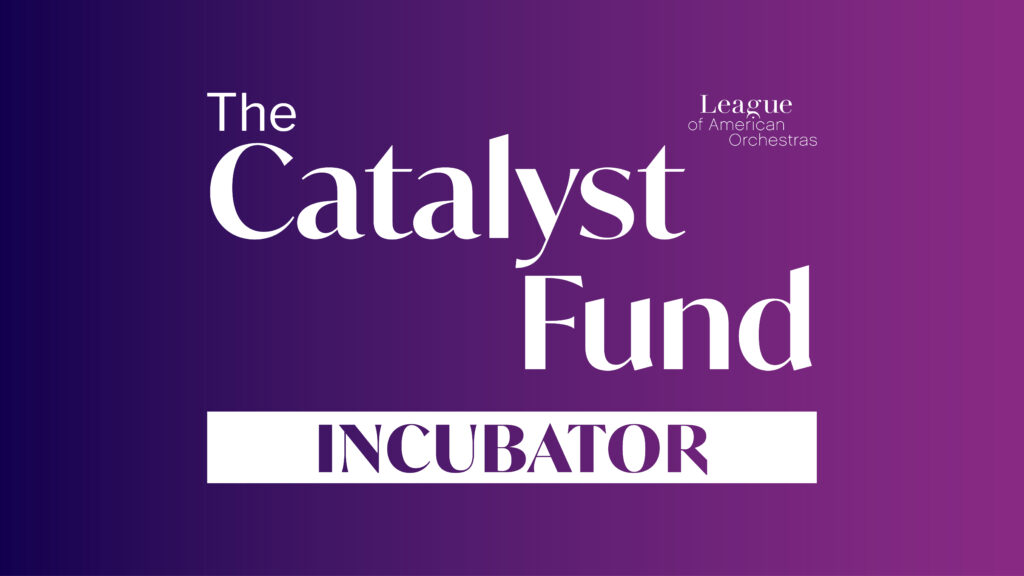 Symphony Tacoma is excited to announce we are the recipient of a $75,000 grant from The League of American Orchestras to help create a more equitable organizational culture through collaborative, peer-driven learning opportunities. Given to just twenty orchestras nationwide, the three-year grants are made possible by a $2.1 million leadership grant from The Andrew W. Mellon Foundation, with additional support from the Paul M. Angell Family Foundation.

The Catalyst Fund Incubator drives change by incorporating models from high-tech incubators, such as creating strong peer communities for brainstorming and strategizing and developing new ideas through mentorships. An important element of the program focuses on building capacity to attract new resources—including funding and partnerships—for the orchestras’ equity, diversity, and inclusion (EDI) work.

Read more about the grant 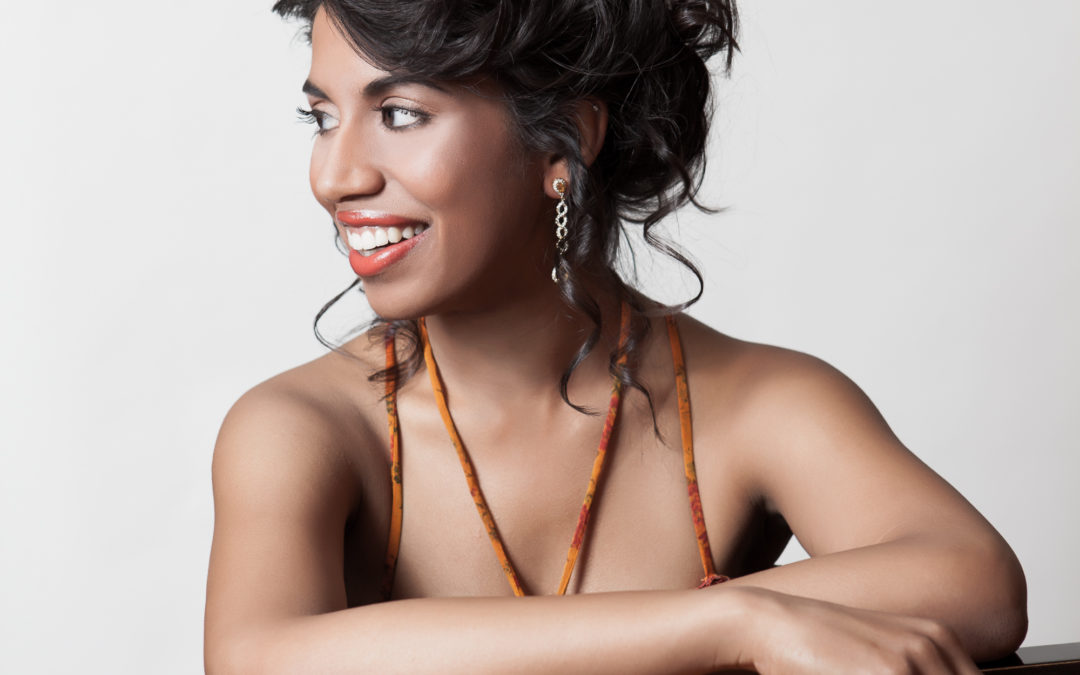 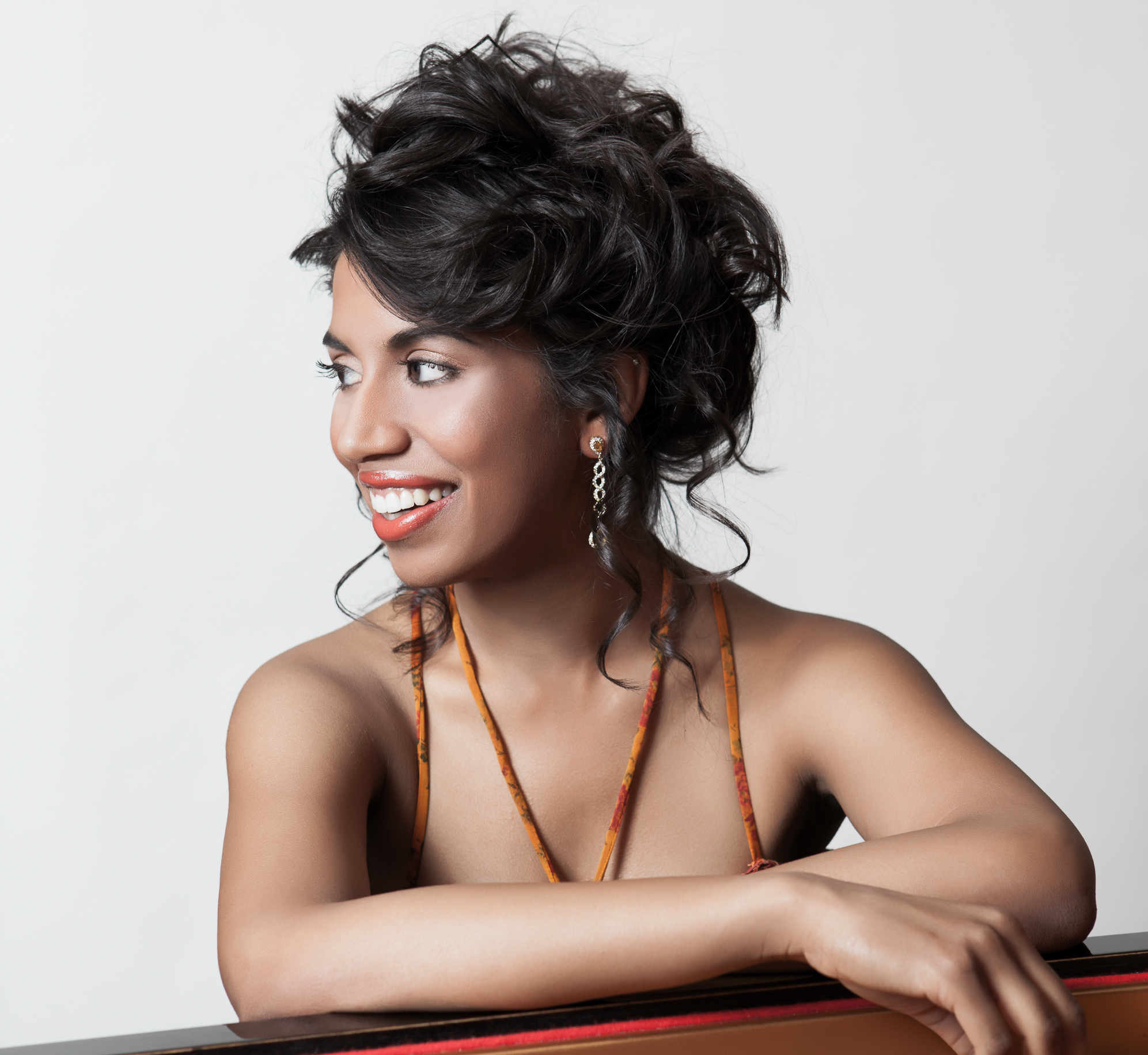 Symphony Tacoma’s March performance presents works that celebrate piano and chorus by composers David Ludwig and Ludwig van Beethoven. Pianist Pallavi Mahidhara and Symphony Tacoma Voices will join the orchestra for the performance on Saturday, March 26, 2022 at 7:30 p.m. in the Pantages Theater.

Leading off the program is Beethoven’s Piano Concerto No. 4. Hailed as “the most admirable, singular, artistic and complex Beethoven concerto ever,” this piece is noted for its unprecedented construct of opening with solo piano, played by Beethoven himself at its premiere. Mahidhara will bring this laudable work to life, now considered a staple of piano concerto literature.

Symphony Tacoma is honored to present the world premiere of The Bleeding Pines by David Ludwig, Symphony Tacoma’s first Composer in Residence from 2019 to 2021. Drawing on themes from “Choral Fantasy,” the work features Symphony Tacoma Voices and is based on a play by poet Ray Owen. The poem tells the story of North Carolina’s endangered Round Top Long Leaf Pine forest and one woman’s efforts to save that ancient tract of land from oblivion.

Read more about the concert 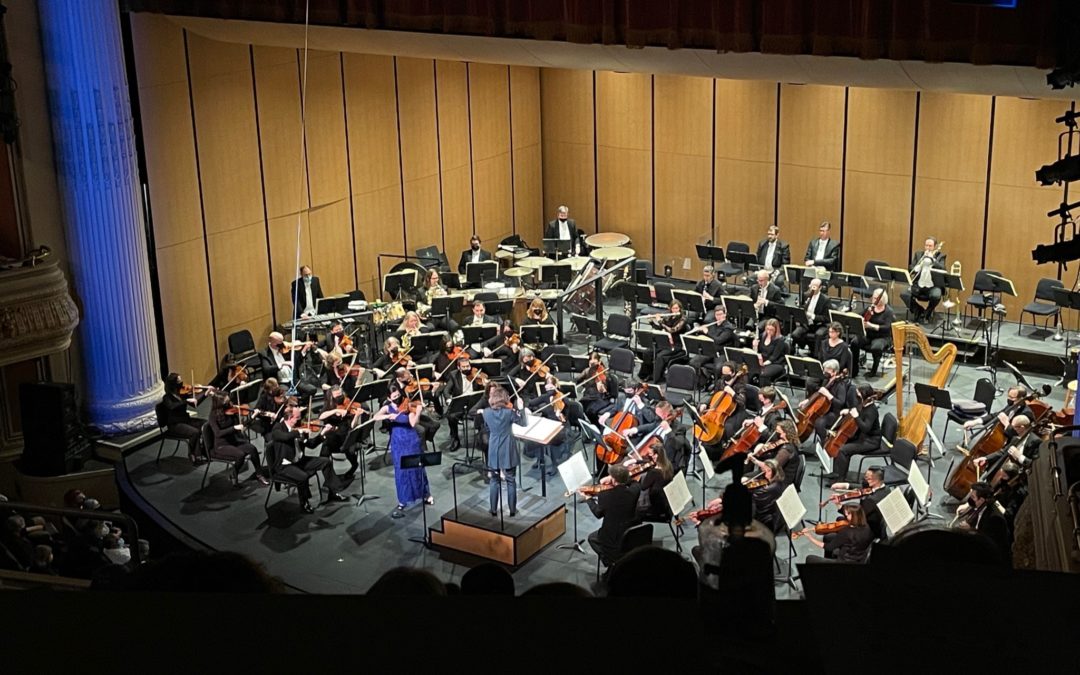 Review: Power and Finesse – An Epic Concert with Symphony Tacoma 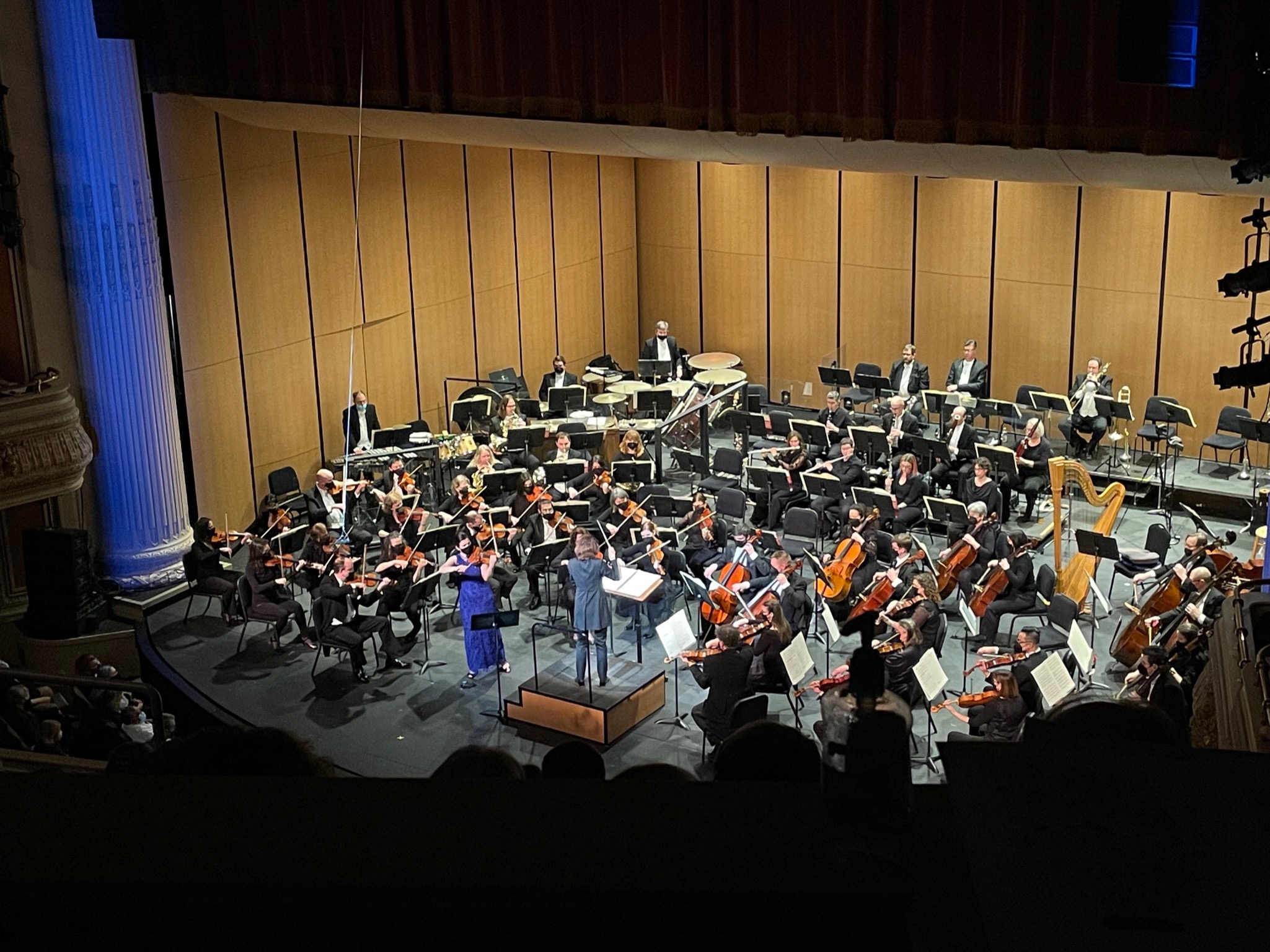 Review: Power and Finesse – An Epic Concert with Symphony Tacoma

Inspired by Eastern European dance, (David Ludwig Violin Concerto) this finale included angular rhythms, lively call-and-response between the soloist and orchestra, and some absolutely brilliant use of the percussion section.  This finale was a raucous party and festive conclusion to an incredible piece.  Congratulations to Dr. Ludwig, Ms. Hristova, Maestra Ioannides, and all the Symphony Tacoma musicians for sharing this wonderful concerto performance with our community.

It was an absolute thrill to experience Mahler’s music in performance.  The sheer mass of sound and humongous architecture is consuming and overwhelming.

Symphony Tacoma musicians stepped up to Mahler’s music with precision and confidence.  In movement one, distant offstage trumpet fanfares synchronized wonderfully with the orchestra.  The slow third movement included polished solo performances by Chris Burns (principal bass), John Ruze (principal bassoon), and Paul Evans (principal tuba).  The final movement shifted from loss and longing to triumph and celebration.  Ioannides’ pacing of phrase and tempo made the symphony come alive.  The audience burst out in a standing ovation as the final chord rang into the theater.  Thank you Symphony Tacoma for a memorable concert and performance.