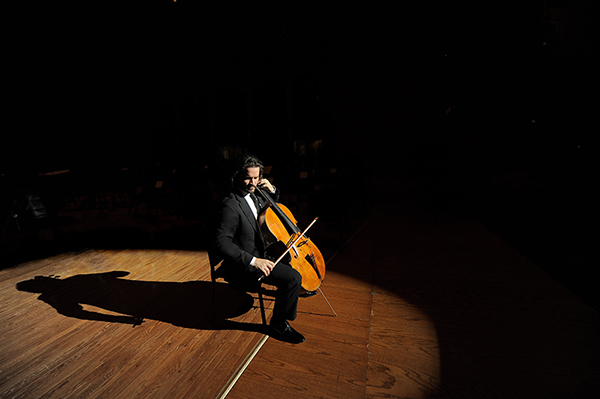 Widely considered one of the premier cellists today, Bailey performs on the “rosette” 1693 Gofriller cello, formerly owned by Mischa Schneider of the Budapest String Quartet. His rare combination of celebrated artistry, technical wizardry and engaging personality has secured his place as one of the most sought-after and active cellists today.

Bailey will perform Dvořák’s powerful Cello Concerto, sometimes called the “king of cello concertos.” One of the most musically demanding of all cello concerti, it is admired for the richness of its orchestral music as well as the lyrical writing for the solo cello. The soulful second movement reflects Dvořák’s mourning of the death of (and his unrequited love for) Josefina, his former piano pupil and his wife’s sister. Dvořák offers a final farewell to Josefina in the coda, which he described as “a gradual diminuendo, like a breath.”

Contemporary composer Jessie Montgomery interweaves classical music with elements of vernacular music, improvisation, poetry and social consciousness. In Caught by the Wind, she evokes images of movement. She describes the piece as being “about cycles—whether bicycles, life cycles, or wind cycles—it spins, journeys and winds, gets caught and ultimately comes to its end.”

Preceding the concert will be The Inside Scoop, a conversation moderated by PLU Professor Dr. Gregory Youtz with Bailey and Music Director Sarah Ioannides. All ticket holders are invited to participate in this event beginning at 6 pm in the concert hall.