Concert Review: A Requiem of Light in Darkness 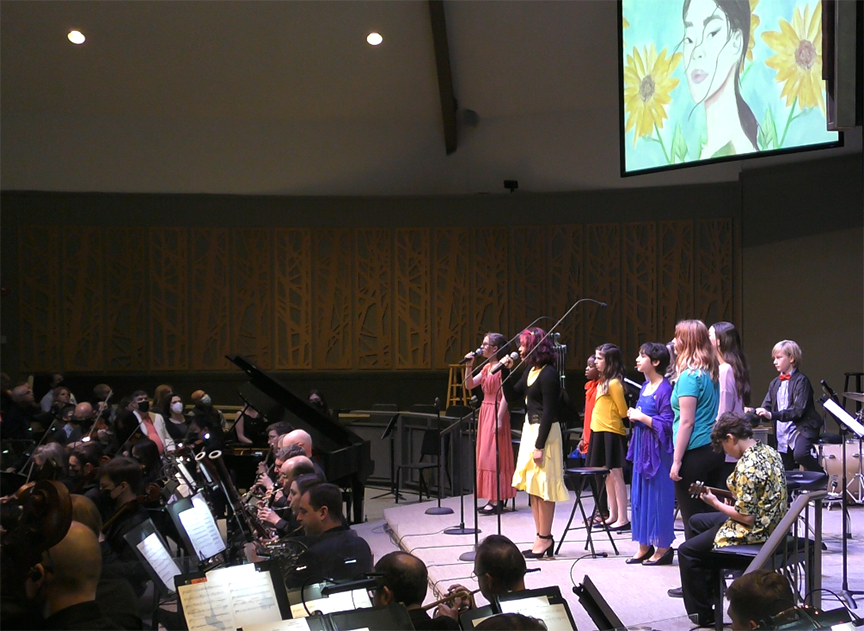 Two years after our world plunged into a pandemic, times are still dark. Violence, sickness, suffering, death. The same could be said for late 1791, when Mozart was writing his Requiem.

Yet in deep darkness, light shines brighter — and so the pairing by Symphony Tacoma of that iconic, soul-baring Requiem with a joyful composition by Tacoma children made for a powerful season ending June 4. The evening — and the light — began with “Eternal Light,” a piece in several parts commissioned by the orchestra from Tacoma’s youth. From a virtual video stitched together during the early pandemic from submissions of instrumental melodies, voices and artwork, “Eternal Light” transformed this year into something deeper and more complex.

The youth who took part could finally come together in person to share, experience art like the immersive Van Gogh exhibit, and learn from director Sarah Ioannides, whose brainchild and production this is. The result, performed live after a screening of the 2021 video, got a standing ovation from the sold-out house.

The contrast with the Requiem couldn’t have been stronger. From the inexorable opening funeral trudge through the solid fugue of the Kyrie, the orchestra and Symphony Tacoma Voices set a tone of full, dark sound, flowing and churning like a river through the roundness of University Place Presbyterian Church.

Symphony Tacoma Voices sang magnificently. Following Ioannides’ lead, they offered clear diction and dramatic shading, with basses moving fiercely through their sixteenth notes and sopranos angelic in the stratosphere. Supported by a punchy bassoon/bass/timpani section and violins weeping in perfect unison, this was a Requiem that didn’t shy away from darkness — which made the final light, the lux aeterna, even more cathartic.

Read the full review in South Sound Magazine
Share This