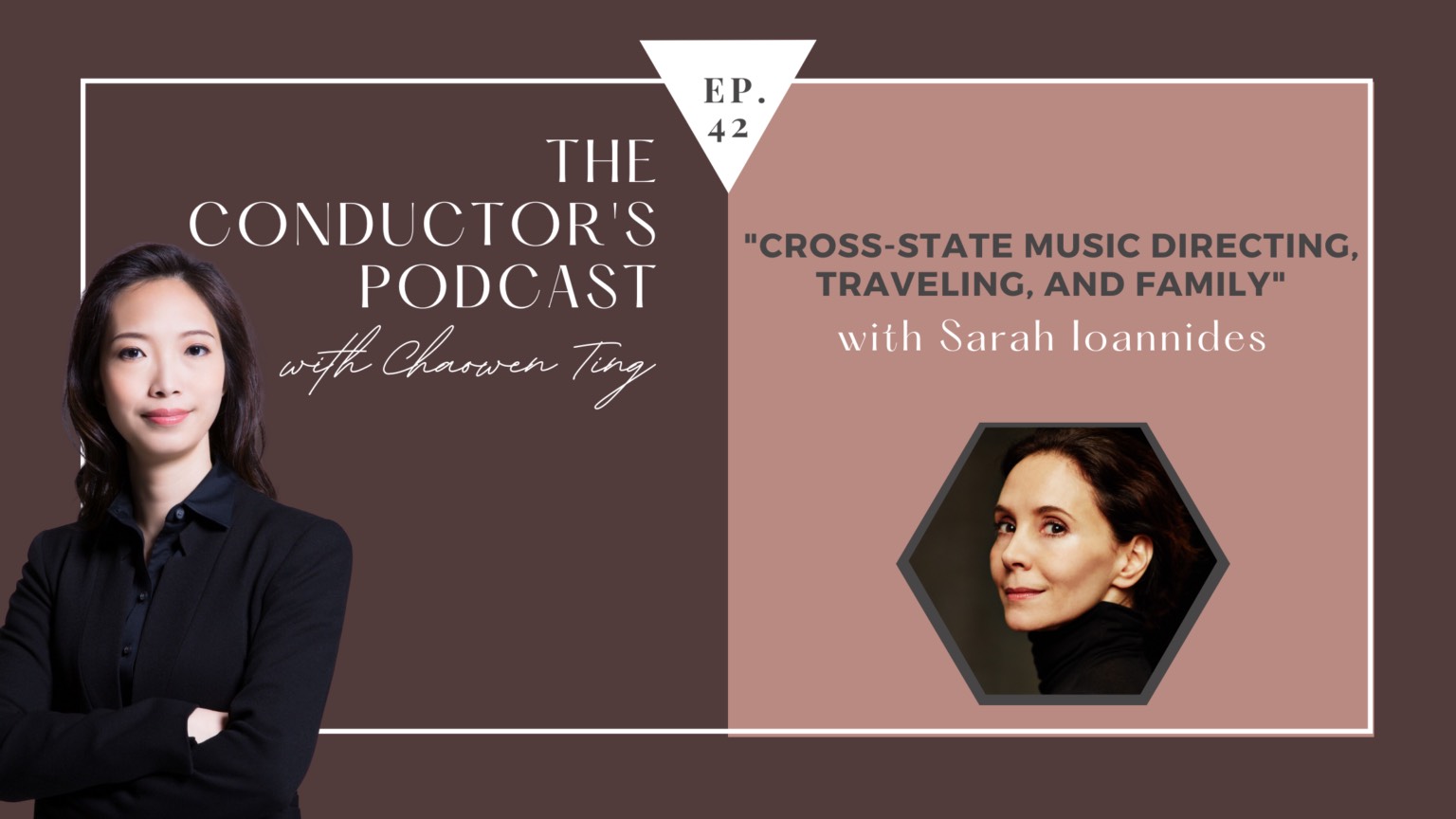 Sometimes, being a woman means having to handle a lot of things on your plate. For conductor Sarah Ioannides, these responsibilities prove that she can conquer so many mountains while being able to express herself in music and art. In this episode of The Conductor’s Podcast, Sarah talks about the art of being ready, the essence of leadership, and the wonders of being a mom.

Currently Music Director of Symphony Tacoma, Ioannides has led orchestras extensively in the United States including the Buffalo Philharmonic, Charleston Symphony, Hawai’i Symphony, Louisville Orchestra, North Carolina Symphony, Rochester Philharmonic, Toledo Symphony and the Cincinnati Symphony, where she was the first woman appointed to a full-time conducting position. Her international schedule has led her to conduct on six continents.

Born in Australia, of Greek and Scottish descent, she was raised in England, studied at Oxford University and The Juilliard School, earning Master’s degrees at both. Ioannides came to the USA as a Fulbright Scholar and graduated from The Curtis Institute of Music, a protégé of the late Otto-Werner Mueller.

Married to Scott Hartman, renowned trombonist, they have three children, including twins, Elsa and Karl, and Audrey. An avid long-distance runner, she was first overall woman in the 30k The Defiance in 2021 and recently ran her first marathon qualifying for the Boston Marathon with an average pace of 8:19/Mile.