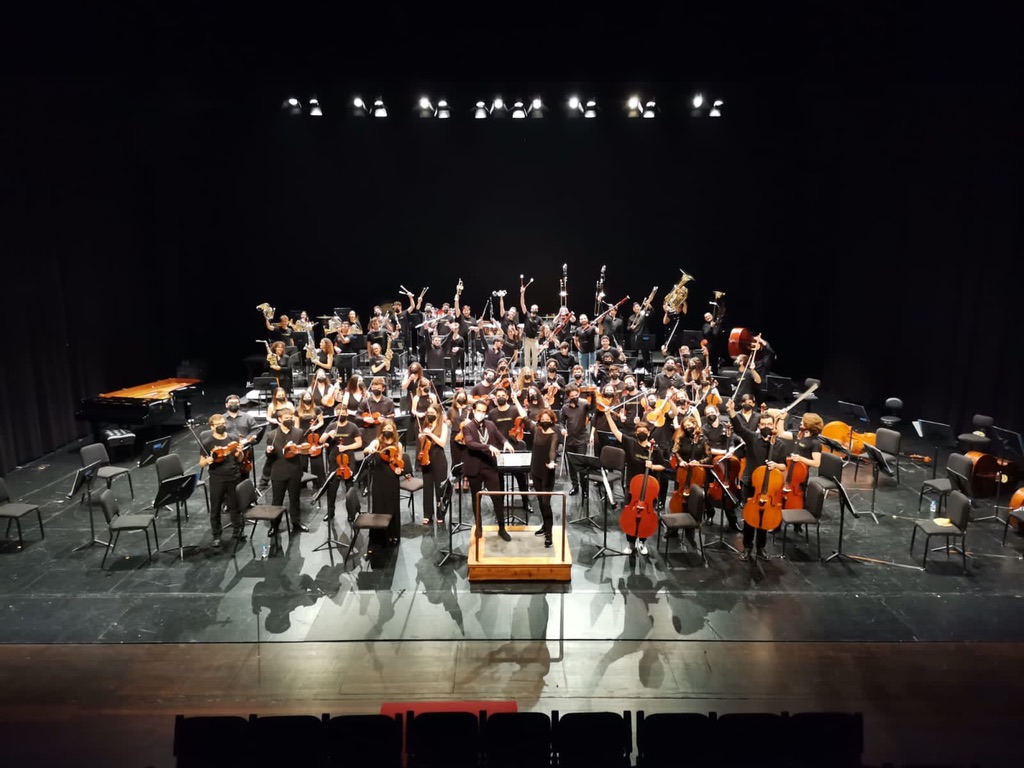 When we believed that the closing of the Maestranza would deprive us one more year of the happy meeting with the young interpreters of our land, the Junta came to the rescue after the nonsense that it itself caused and relocated the appointment at the Central Theater. The acoustics are not the same, it is a very gifted and avant-garde theater for many disciplines, but in symphonic acoustics the one on Paseo Colón has no rival; however the result was once again miraculous and surprising.

The ability of our young people to excite us and make us happier is unmatched, and again they demonstrated it in a concert that is also blessed by a beautiful and generous program that we have not enjoyed for a long time.

I discovered Oblivion, a beautiful page full of nostalgia and sensitivity, in the final credits of The Best Youth, an Italian mini-series that premiered in theaters here and narrated with high doses of emotion the recent history of Italy through two brothers with very different paths. Since then, be it because of the memory of that little masterpiece or because of the beauty of Piazzolla’s piece itself, I always get excited when I listen to it, especially if it is interpreted with the elegance and sensitivity with which Constantini did it, magnificently clothed by the sensual string of the young orchestra.

It served to pay tribute to the great Argentine composer when he had turned one hundred years old, to which the Peruvian pianist, bandoneonist and composer added a concert of his own creation that is as attractive as it is brilliant and stimulating. Following the classic structure of three movements, one slow between the two extremes, the piece was defended with a high level of commitment by the troubled members of the orchestral ensemble, with special mention of woods and low string, providing body and musculature to a work in the one that Constantini himself acted as a soloist, exhibiting an elasticity and mastery to the bandoneon that resulted in a vibrant reading of his work, a paradigm of Buenos Aires beauty, its expansive emotionality and considerable warmth, very well articulated, very melodic, imaginative and decidedly effective. .

For this he had the invaluable complicity of the Australian director Sarah Ioannides, an Americanist expert with an excellent album with music by John Corigliano under her belt, who followed Constantini’s intervention with care and respect and wrapped him with a broad idiomatic sense in a Rhapsody in blue attacked by the young performer, now as an efficient pianist, out of respect, scrupulously following the score without additions or flourishes, so common when it is a jazz player, like him, who plays it. To highlight here the excellent work of the orchestra, as if they have been familiar with this sound all their lives between jazz, swing, Broadway and symphonic music. Ferde Grofé, Paul Whiteman and Gershwin himself would surely have freaked out with this version. Before we meet Constantini again at Espacio Turina next Friday, presenting with Louiza Hamadi his new album, 20th Century Tango, he gave us a tip on the piano, a miniature dedicated to the pianist Gil Evans, as charged with emotion as the rest of the program.

And already in its second part, Ioannides offered a robust recreation of Dvorák’s New World Symphony, paying special attention to each instrumental family, and especially to its numerous soloists, who looked at ease, managing to convey that feeling of amplitude and amazement delivered by a score that the bohemian composer conceived as a gift of gratitude and album of sensations caused by that generous land that we dare to call new, forgetting all its history and indigenous culture. Ioannides remained contained in the majestic opening allegro, warm and transparent in a length built with revealing silences and a prodigious sense of instrumental balance, fast-paced and lively in the scherzo and as dynamic as it was expansive in the fiery final allegro, to all of which the The template was adapted with a broad sense of clarity and commendable responsibility. The party ended with a happy paso doble, Amparito Roca, no longer baton and with that exultant illusion that characterizes the best youth.