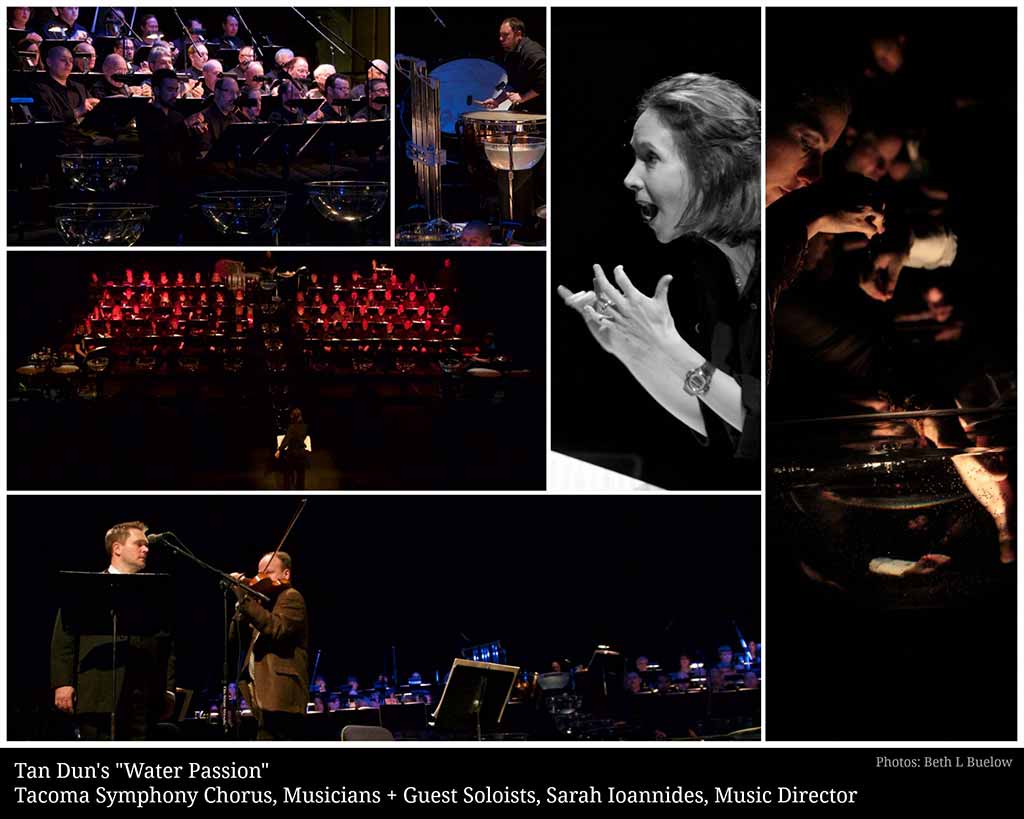 Tan Dun’s Water Passion After St. Matthew  is a colossal feast for ears and ears.

“Ever sure of the work’s choreography and architecture, the director guided securely and seamlessly to the very end, which saw all performers uplit with gold as they silently plunged hands into the water and let it fall.”

​The first conductor selected by Tan Dun to conduct his Water Passion After St. Matthew at the Perth International Arts Festival and the Metamorphosis Festival in Athens in 2016, Ioannides has led many operas, ballets and conducted at festivals worldwide, including the European premiere of Stephen Paulus’ The Woodlanders in Oxford, British Youth Opera, Curtis Opera Theatre, Tacoma Opera & Ballet and Spoleto Festival.

Since, Ioannides has directed numerous performances of Water Passion internationally including Symphony Tacoma, Perth International Festival & Athens Metamorphosis. She has been involved with the project from the world premier in Stuttgart as choir director of Berlin’s RIAS Kammerchor and has been conductor, production director for multiple performances worldwide.

“A fine performance under the sure hand of conductor Sarah Ioannides.”   The Australian

“ Tacoma has proven that not only does it have the chops to do a major contemporary classical work, it’s got the audience to appreciate it. A host of forces, from conductor Sarah Ioannides to the Tacoma Symphony Chorus to soloists, stage crew and sponsors came together Sunday afternoon at the Pantages Theater to perform Tan Dun’s epic “Water Passion.” The theatrical oratorio was inspired by St. Matthew and Bach, but takes both into new realms of tonality and spirituality…..

Holding all these forces together, along with the dramatic lighting (red for blood, gold for rebirth) and amplified sounds was Ioannides, whose personal connection to Tan Dun made the piece possible in the first place. “