“On the Run to Tomorrow” – An Interview with Lake Champlain Weekly 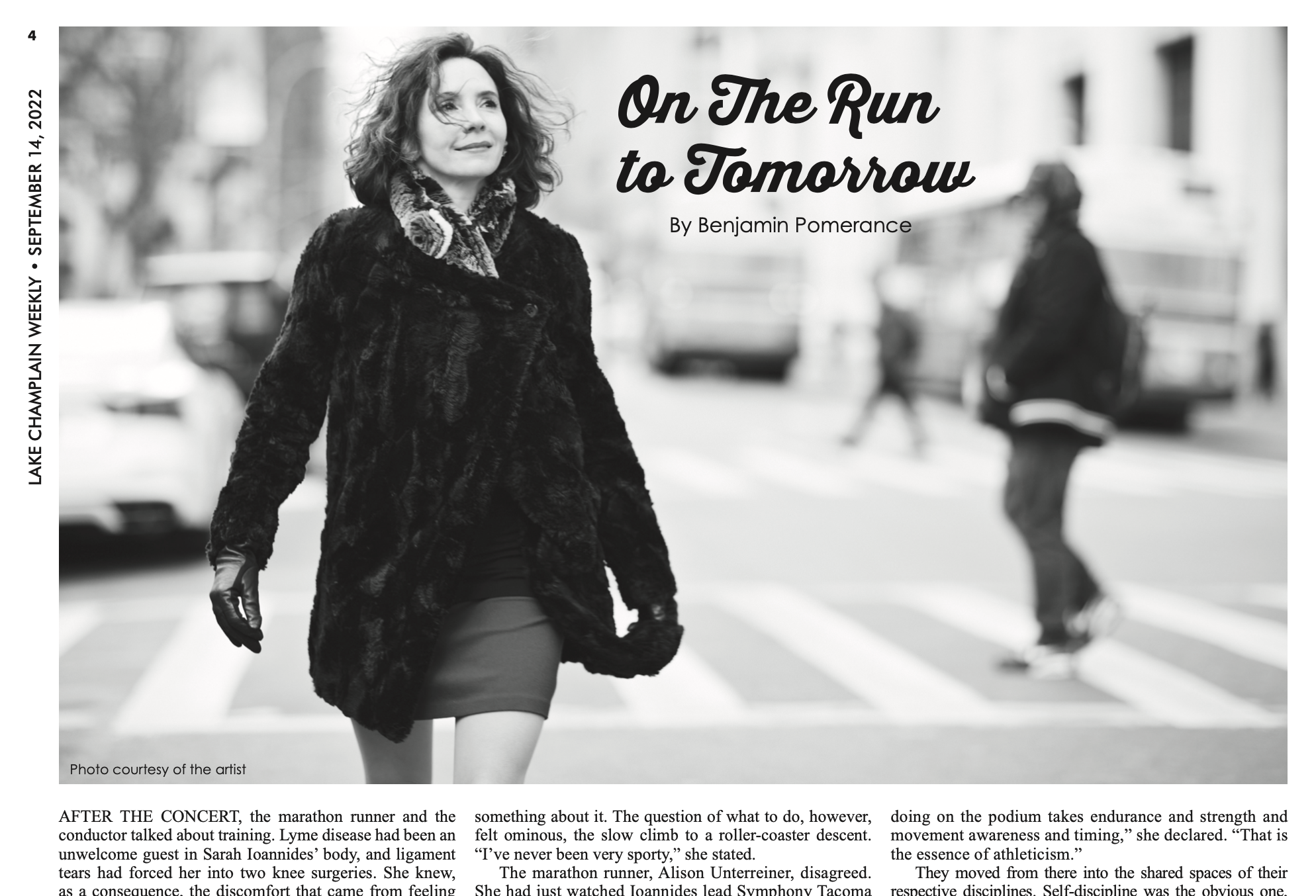 AFTER THE CONCERT, the marathon runner and the conductor talked about training. Lyme disease had been an unwelcome guest in Sarah Ioannides’ body, and ligament tears had forced her into two knee surgeries. She knew, as a consequence, the discomfort that came from feeling physically limited on the podium, watched by thousands of concert-gazing eyes, and she understood that she had to do something about it. The question of what to do, however, felt omnious, the slow climb to a roller-coaster descent. “I’ve never been very sporty,” she stated.

She recalls the exhilaration at the finish line, a surge of adrenaline akin to entering the final turn of a symphonic work by Brahms or Sibelius or Tan Dun or a composer whose notes and rhythms are being cast into the air for the first time. Yet she finds herself thinking more about the steps leading to this point, from wondering what would happen if she tried to run to knowing that every run brings with it a new birth of freedom.

But the right words had already escaped her lips, uttered along that journey: Why not try going a little further? In a single sentence, she had defined her life. A student can conduct professionals. A mother can raise three children and lead two orchestras. An ensemble can play old music in new ways and new music in ways unforeseen. An age of dinosaurs can crumble. A time of enlightenment can begin.