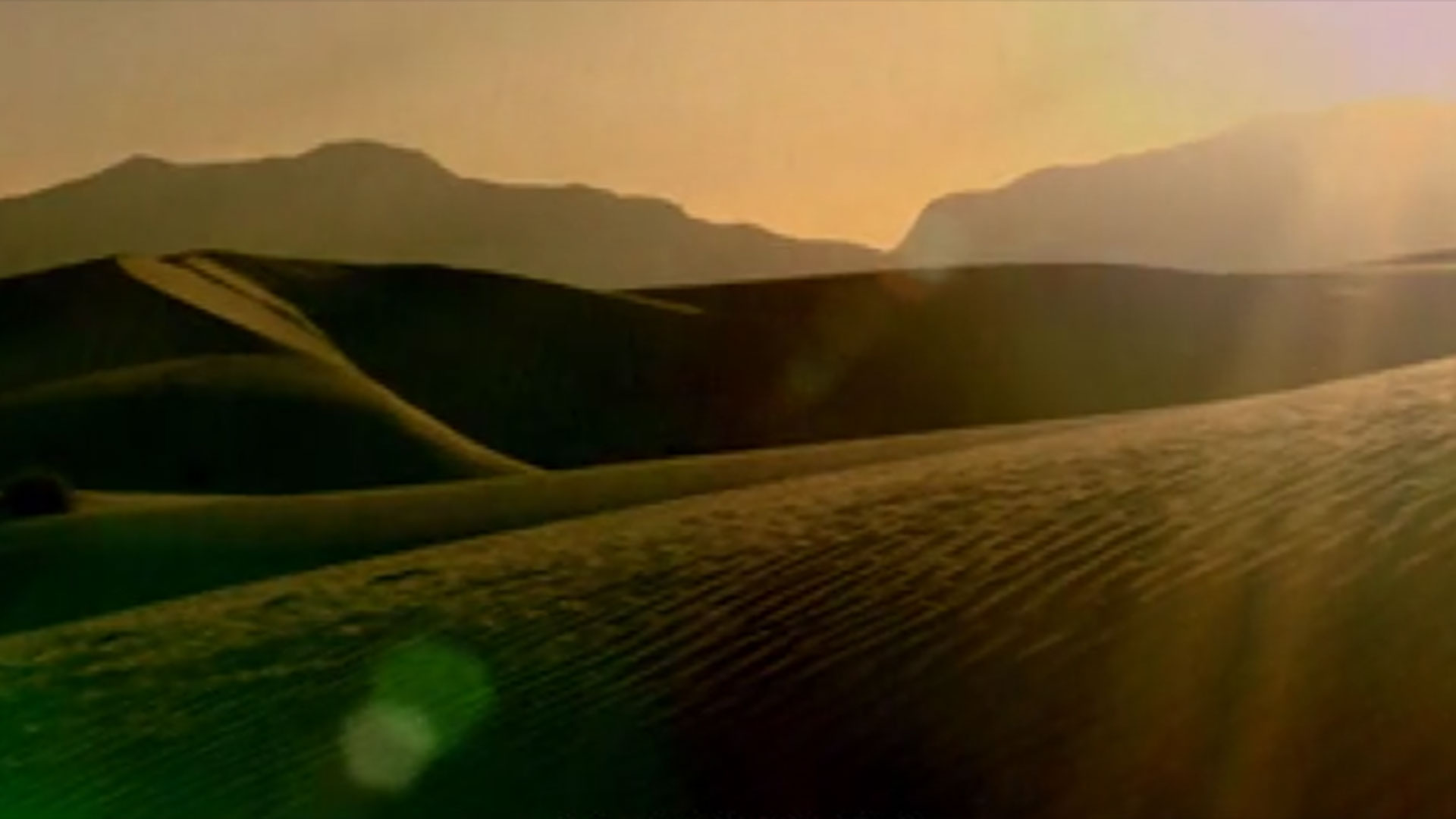 The film shot beautiful footage of the desert, both day and night, as well as a clip of the bombing of Pearl Harbor as a reminder White Sands was used as a testing base for the missiles. The film creates a poignant look at both the natural beauty of the desert and juxtaposes the conflicts that lie within it on human intervention; the desert space was used to create weapons of mass destruction.