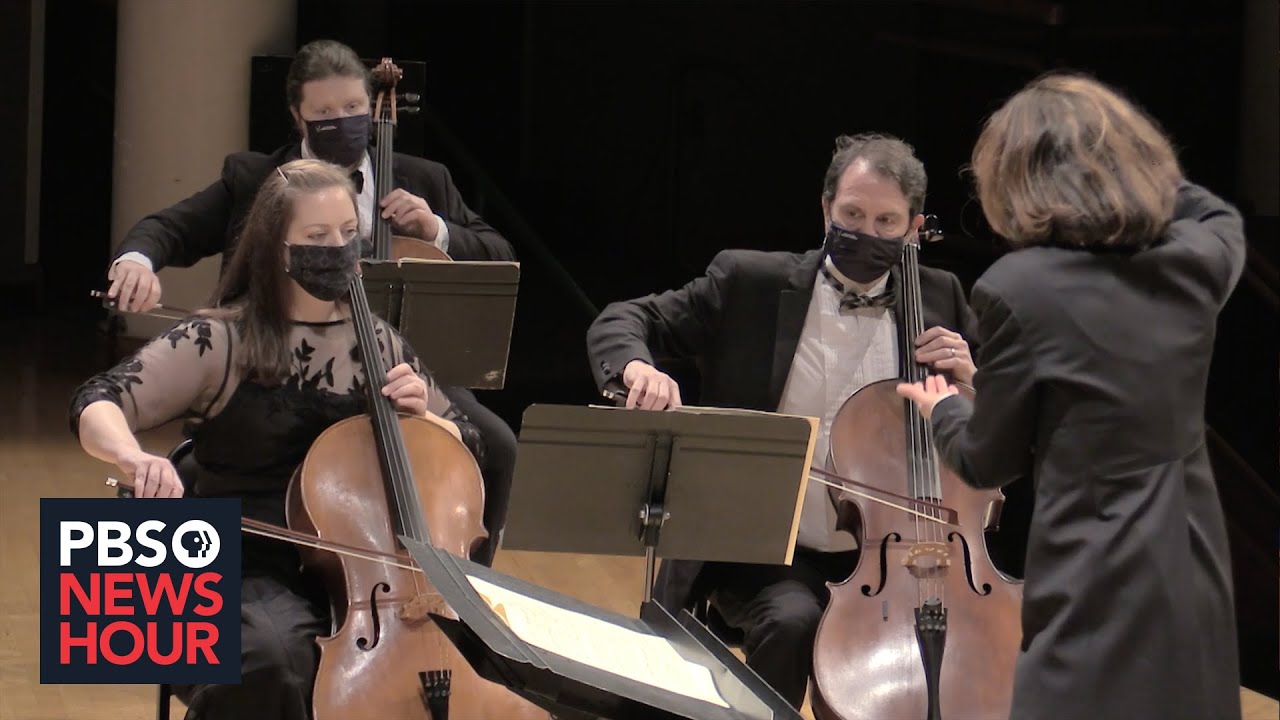 The Vancouver Symphony Orchestra’s live performance of Barber’s Adagio was featured in this week’s PBS NewsHour article, “How communities across the country are honoring COVID victims.” The story, written by Joshua Barajas, explores various ways in which communities in Washington, D.C., Austin, Detroit, Atlanta, New York and others are commemorating the lives lost to COVID. In his article Mr. Barajas states, “To date, there has been no official memorial effort by the U.S. government to commemorate the dead on a national scale.”

The VSO’s performance of Samuel Barber’s “Adagio for Strings,” live streamed from Skyview Concert Hall on January 17, was introduced by guest conductor Maestra Sarah Ioannides of Symphony Tacoma. In her introduction, Ioannides dedicated the performance to those who have suffered and those who have gone above and beyond to help others during the pandemic. The video, which was shared on PBS NewsHour’s various social media platforms as well as their website, has garnered significant national attention and was viewed nearly 40,000 times in just two days.

“We are honored to be a part of this tremendous effort to memorialize the lives lost during the pandemic,” said VSO Executive Director Dr. Igor Shakhman. “And we are thankful for the opportunity to express our gratitude to those fighting selflessly to help others.”